émigré, any of the Frenchmen, at first mostly aristocrats, who fled France in the years following the French Revolution of 1789. From their places of exile in other countries, many émigrés plotted against the Revolutionary government, seeking foreign help in their goal of restoring the old regime. The Revolutionary leaders in France, fearful of their activity, took action against them: émigrés who did not return by January 1792 were liable to death as traitors; in the same year their property was confiscated by the state.

Under the leadership of King Louis XVI’s oldest brother, the comte de Provence (future king Louis XVIII), many émigrés set up a court at Koblenz in the Rhineland of Germany. One of their number, Louis-Joseph, prince de Condé, commanded an army of émigrés that assisted foreign powers in the wars against France, but the exiles never posed a serious military threat. A defeat at Quiberon Bay in southern Brittany in July 1795, in an attempt to aid a peasant revolt, resulted in the execution of over 600 émigrés.

A great number of émigrés also took refuge in England. Louis XVI’s brother the comte d’Artois (future king Charles X) spent most of the Revolutionary and Napoleonic years in England. Louis-Philippe, duc d’Orléans and head of the Orleanists (who would become King Louis-Philippe), arrived in England in 1800 after sojourns in Scandinavia and the United States.

Napoleon Bonaparte granted the great majority of émigrés amnesty in 1802, and many returned to France. Their exile exposed the émigrés to new impressions and ideas. On their return, many, such as the writer Fran?ois René de Chateaubriand, significantly influenced French culture. After the restoration of the Bourbon monarchy (1814), the émigrés became an important force in French politics, their views ranging from a moderate to an extreme royalist position. Their petitioning resulted in the Law of Indemnity of 1825, designed to reimburse the most needy of those who lost their lands. The gradual disappearance of the émigrés, along with King Louis-Philippe’s indifference to their cause, ended their influence.

Like what you’re reading? Start your free trial today for unlimited access to Britannica.
This article was most recently revised and updated by Amy Tikkanen, Corrections Manager.

History at your fingertips
Thank you for subscribing!
Be on the lookout for your Britannica newsletter to get trusted stories delivered right to your inbox. 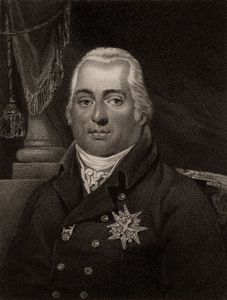